Ninja Theory is a more than competent development studio that had a rough go of it with fans in the past, which originated from the development of DmC: Devil may Cry. As a Western developer making a Devil May Cry game, the deck was stacked against Ninja Theory from the outset. For the most part, fans didn’t want a new interpretation of their beloved characters, and especially not with the changes to design, story, and combat that Ninja Theory had planned, even if Capcom had pushed them to make those radical changes in the first place.

Let’s just say things could have been handled a little more gracefully on both sides of the equation.

“Hardcore” fans were very vocal and abrasive in regards to Ninja Theory’s take on DMC, and typical hateful internet behavior ensued. This helped nobody, as it caused DmC’s defenders to shut themselves off to valid criticism. Attempts to criticize flawed aspects of DmC, such as how the Demon/Angel affinity system was horribly implemented, were fruitless: Defenders would simply say the critics didn’t like Dante’s new hair and disregard evidence-supported criticism. 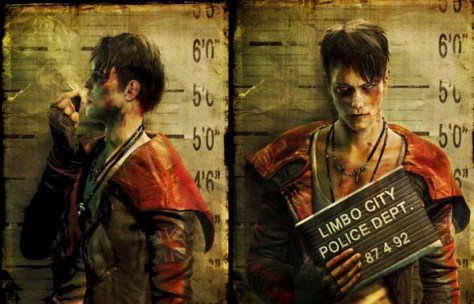 The redesign that launched a thousand flame wars.

At the same time Tameem Antoniades, DmC’s writer and director, continued to escalate the situation with inflammatory comments, intentional or otherwise. Insulting the classic Dante look, making comments about how he wished Dante were gay so he could stick it to nameless homophobes, and telling fans he didn’t care if they disliked the game or if it sold poorly. I can understand how Antoniades felt, he was trying to defend his work and team. He was trying to stay strong and make statements that could be seen as positives, but his methods of doing so were ill conceived.

Over the course of my life, I’ve learned from numerous experiences that meeting outrage with open defiance will quickly get everybody nowhere. It sounds unfair to say this, but Antoniades was in the wrong. Some fans were criminally out of line, death threats and hate mail are never in the right, but antagonizing an entire group because of a small minority within it has been human society’s most consistent failure. Antoniades could have diffused the situation with some “PR Aikido,” a combination of humility and forethought that lets a wave of hate wash over and harmlessly pass one by. Instead, he stirred the pot.

In spite of what some dyed in the wool DMC fans will tell you, DmC: Devil may Cry was still a solid action game, yet it was clear that Ninja Theory never grasped the appeal or finer details of the character action genre. Once DmC was revisited and those issues were addressed with the addition of staple character action features, a little re-balancing, and the addition of Turbo Mode, DmC: Definitive Edition became a better game than vanilla Devil May Cry 4. It’s an amazing example of how little details can heavily alter a gaming experience.

The little things can make a huge difference, especially when there are lots of them.

The new Dante hatred was clearly overblown. I personally didn’t like him from the start of the game, and the hair joke did sting a little, but over the course of the story, new Dante saw a lot of character growth. I appreciated how players got to see him mature into the role he’s expected to fill, as opposed to classic Dante being an unstoppable force of nature from his first appearance. By the end of DmC, new Dante had grown satisfyingly similar to classic Dante, in terms of how he carried himself.

The story in DmC was better than other entries, but that’s not saying much. Character action games tend to follow the Rule of Cool approach to plot: If it would be cool, it happens regardless of whether or not it makes sense. Ninja Theory created a cast of interesting characters, and an equally fresh assortment of areas for the action to take place in. That said, the story itself had all the subtlety of a baseball bat to the knee. I try to give Ninja Theory a pass here, because they were tasked with creating a new story with fragments of the old one, and the story itself is really a product of the time.

Overall, DmC was a far better game than many will ever give it credit for being. This is almost exclusively due to the poisonous quagmire that surrounded the game’s development and launch. I can only hope all parties learned a lesson from that situation.

Fast forward a few years, and it seems that at least Ninja Theory has found themselves in a better place. The toxicity of their last endeavor has been put behind them, and they’re no longer saddled with another company’s baggage or fan base. Ninja Theory has a small team on a tiny budget, pouring their hearts and souls into Hellblade: Senua’s Sacrifice.

The team has dubbed their latest project an Independent AAA game. The moniker is meant to evoke both the image of a high quality production associated with games like Uncharted, and the freedom of independent studios that make games the way they want, without focus testing and forcing mechanics in the name of mass appeal. Personally, I believe anything that strives to bring the term AAA back to a measure of quality, as opposed to a measure of how much money is thrown at a given project, is a step in the right direction.

Ninja Theory has also been updating their YouTube channel with regular uploads of developer diaries. Despite writing about video games for years, I’m technologically inept, which is why almost everything I write is from the perspective of an everyday gamer. Normally, I skip developer diaries because of this, but I found the work being done on Hellblade: Senua’s Sacrifice to be more fascinating than I would have ever imagined. Even someone like me could see Ninja Theory was doing some amazing work given their limitations.

With the help of some favors, 3D printing, and a little bit of elbow grease, Ninja Theory created their own home brew solution to the problem of expensive motion capture. From there, they teamed up with Serbian company 3Lateral and went the extra mile with their facial scans and rigging. Epic Games then collaborated with them to make it so they could capture face, body, and voice acting all at once, live, and render it into Hellblade in real time.

Holy crap that’s awesome. They explained it, I saw how they did it, and it still seems like magic to me.

That’s great and all, but I want to snap back to reality before I get too far over my head in tech talk. A game can look pretty and still end up being a turd, a lesson The Order: 1886 taught many gamers the hard way. If Ninja Theory doesn’t have solid gameplay or an interesting hook to back it up, Hellblade: Senua’s Sacrifice will be a tragic waste of effort.

That was a very real fear of mine, as I was leery of Hellblade tackling the issue of mental illness. It’s something that runs deeply in my family, much to my chagrin, and very few, if any, works of media have accurately portrayed mental illness. Forgive me if my faith was weak: This is the team that brought us DmC’s very subtle story of rebellious youths fighting the evil capitalism incarnate Mundus and capped it off with that masterfully executed Vergil heel turn. (Sarcasm)

Thankfully, Ninja Theory is putting real work into capturing the essence of Senua, not just her 3D model and performance, but the inner workings of her mind, and how the mythologies from the era would intermingle with her mental state. To this end, Ninja theory worked directly with top psychiatrists, mental health organizations, and those coping with mental illness themselves. Seeing this has alleviated some of my apprehension.

I’m glad Hellblade’s gameplay goes beyond simple combat. Providing an accurate representation of psychosis, and incorporating it into gameplay, such as pattern recognition affecting Senua’s world, is a great way to let people experience something that other real people endure every day. It’s new, it’s interesting, and it’s something we should talk about.

3 thoughts on “From DmC to Hellblade: Senua’s Sacrifice, Ninja Theory is getting it right”