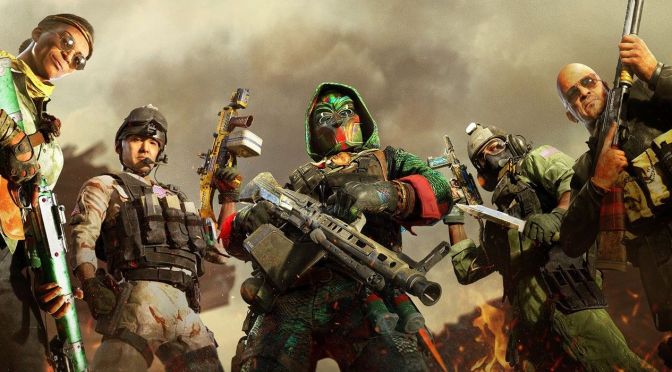 Many big streamers seem to be losing faith and confidence in Warzone, as many such as NickMercs and DrDisRespect move to playing Apex Legends instead of Call of Duty’s Battle Royale, Warzone. This is primarily due to the cheating situation running rampant in game, with seemingly endless amount of cheating going on, and no signs of it stopping within the near future.

Activision had their quarterly investor call last week, and sadly there as no mention or questions asked about the cheating in their game, or whether a significantly effective anti-cheat was on the way. As mentioned on the popular CoD Twitter page ModernWarzone: “There was no mention of an anti-cheat for #Warzone in today’s Activision Blizzard’s quarterly earnings call. It was never expected to be mentioned unless someone specifically asked a question regarding it, but that didn’t happen either.”

Streamers and players of Warzone have had to deal with issues in the game since its release, ranging from unbalanced weapons, game breaking blueprints, unbreakable gas prices, unlimited juggernauts and the dreaded stim glitch, which made multiple appearances.

The lack of addressing the cheating seems to be last straw for many people, as any future updates to the game will not matter to most until the cheating is sorted. This is leading to many players flocking to Warzone’s primary rival in the BR space, Apex Legends.

With Season 10 of Apex Legends dropping recently on August 3rd, players are enjoying a healthy amount of new content, and top streamers such as NickMercs and TimTheTatman are enjoying great viewership when switching over to the game, seemingly leaving Warzone until changes arrive.

For the time being, we can only hope that Activision are secretly working on an anti-cheat for Warzone.

Will one arrive soon? Only time will tell.

One thought on “From Warzone to Apex? Top streamers and content creators flock to Apex Legends”