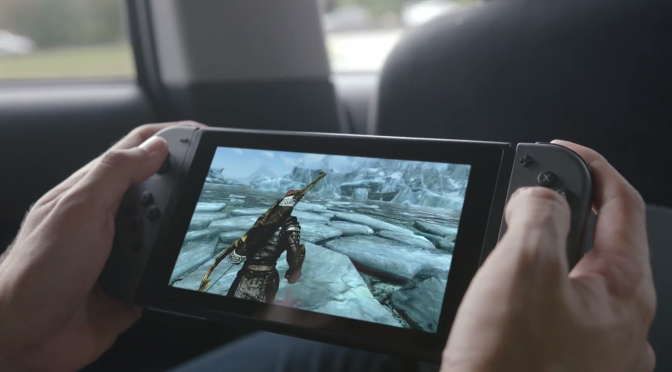 Recently, we claimed that Nintendo Switch would be competing with the PS4 and XB1. Our claims were met with responses from certain fans that ranged from saying it was in a different market to stating Nintendo was only for kids and stood no chance, etc. We’d like to address this with factual information provided by Nintendo itself.

However, before we dive into the demographics, we need to establish that Nintendo is in fact part of the same market. The recent release of Snake Pass is a perfect starting point, as the game released on all platforms simultaneously. Most people aren’t going to purchase the Nintendo Switch and PS4 versions of the game. Even if they own both platforms, they’ll pick one or the other. In this either/or situation, every sale the Nintendo Switch makes is a potential sale taken from another console. While this is easier to see in the instances of one title on multiple consoles, competition doesn’t require the games to be the same release. For example, ARMS is competing with every other fighting game on the market, as well as any game within the same release window.

The Switch is a hybrid console, but it’s still a video game console, so it falls under the wide umbrella of the video game market. It is in fact competing with Sony’s PS4 and Microsoft’s XB1 regardless of whether or not it has the same games or sells as much. There’s only so much money an average  gamer has to spend, and the competition is in earning that almighty dollar.

Continuing on to the demographics, we see that Nintendo has done something most didn’t think was possible:

Nintendo has just established that its audience is in the exact same demographic as the PS4 and XB1 target audiences, and it’s selling like hotcakes. This release of information is strategic as well: Nintendo is telling third parties “Our new console is selling like crazy to the target audience of your games. If you make games for the Nintendo Switch too, you will earn more overall.”

This should quash many of the age old Nintendo misconceptions. From now on, any time someone tries to downplay Nintendo’s success as them pandering to the casual market or only selling to children, you can point them to this information and prove that they are dead wrong. The Nintendo Switch is selling to core gamers, and it’s selling fast.

How long will this momentum carry on for the Switch? Only time will tell, but Nintendo has the lineup to make this year one of the best in the company’s history, and it can only improve with new reveals at E3.