Mario Kart 8 Deluxe released recently, and all signs point to it being another huge win for the Nintendo Switch: It’s the fastest selling Mario Kart in North American history. The franchise has always been an evergreen product for Nintendo, one of those releases that will sell throughout the life of a system, which is why they’ve always stuck to one release per console. This has to make one wonder: What will happen in regards to a new entry on the Nintendo Switch now that it has Mario Kart 8 Deluxe?

Personally, I feel Mario Kart 8 Deluxe should continue on as a service instead of moving on to a new entry for no real gain. DLC could keep the game active. fresh, and even more profitable, while also saving Nintendo and fans money in the long run. With that in mind, here are our Top 5 characters and areas that need to be made into Mario Kart 8 Deluxe DLC:

Xenoblade Chronicles is one of the best JRPGs out there, with an interesting story, fast paced battle system, great music, and an extremely unique world. The series has always been hamstringed by Nintendo’s unfortunate release windows and poor management of RPGs, but Shulk is a fan favorite in Smash. With Xenoblade Chronicles 2 on the way, some karting through Gaur Plains may help rev up the hype engines. Bonus if You Will Know Our Names plays for the final lap and Metal Face makes an appearance. Also acceptable: Reyn. 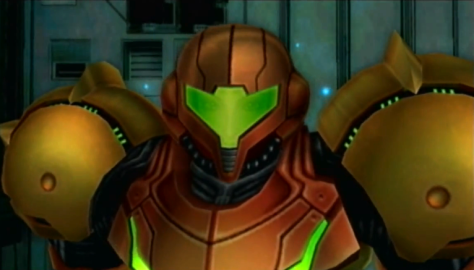 Samus Aran has been gone for far too long. Metroid Prime Federation Force was deeply reviled by fans for not being the Metroid Prime they wanted, but it did give us a lead-in for a new entry. While we’re waiting on the galaxy’s greatest bounty hunter to return to action, an appearance in Mario Kart 8 Deluxe would be a nice way to throw fans a bone. The Zebes track should be a recreation of the sequence in which Samus must escape from the planet’s destruction. 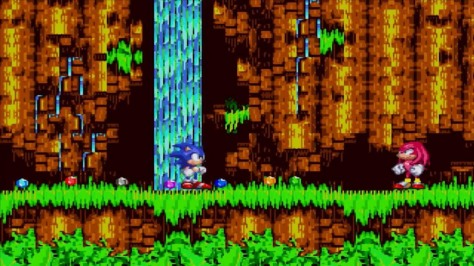 Sonic and Mario were once bitter rivals, but now there’s more friendliness than malice behind their competitions. That said, Sonic has found some success with his latest racing series, Sonic & Sega All-Stars Racing, so why not have a guest appearance for the sake of heating up the rivalry? Angel Island Zone would be an amazing choice: Act 1 and Act 2 could be combined into one long track, with the Flame Craft torching the  island 1/3 in, and the  Flying Battery bombing the course in the home stretch.

Fox is a fan favorite character, but he has fallen on hard times. After a decade of waiting, fans got a new Star Fox, but the game left almost everyone sorely disappointed. The second screen’s cockpit view was a novel idea, but its execution was terrible. It took too long to master, removed players’ eyes from the main screen, had syncing issues, and caused the game’s graphics to be rough at best. Before Fox returns to being a Smash exclusive character, it would be cool to see him karting through Macbeth in a Landmaster inspired kart. Racers could jump hills, dodge boulders, weave through enemy fire, and snake their way over and under the train at high speeds.

Final Fantasy VII has a storied past with Nintendo. Square Enix defected to the Sony platform with its release, and it marked the end of the first great era of Nintendo dominance. After Remake was announced as the first full HD re-imagining of Midgar, Nintendo shocked the world with Cloud Strife’s first full HD appearance, as a member of the Smash 4 roster. With SE voicing their desire to support the Nintendo Switch, Final Fantasy VII Remake being developed on Unreal Engine 4, and said engine’s compatibility with Nintendo Switch, a scaled down port isn’t out of the question, which would lead to some pretty entertaining meltdowns on forums and in comment sections. If Cloud were to make a guest appearance, he’d need the Hardy-Daytona, the track should be inspired by the Midgar escape, and coins would be earned for taking down Shinra forces.

There you have it, our personal picks for Mario Kart 8 Deluxe DLC characters and stages. These day, Mario Kart and Smash have near limitless potential for some crazy appearances, so cutting a list of five is going to be different for everyone, so be sure to leave a comment and let us know who or where would be on your list.