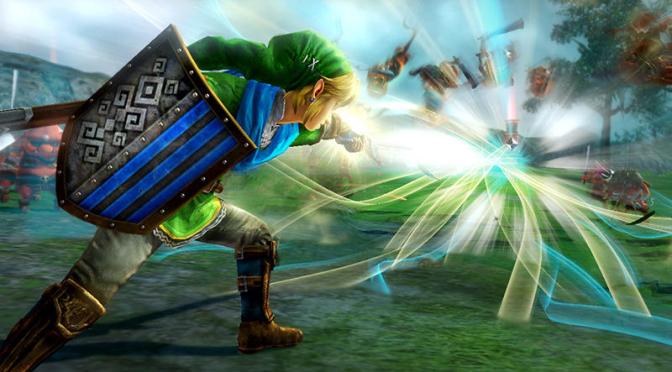 I’ve previously written about how important Hyrule Warrior’s success is to Nintendo. I think the game will do well, the Legend of Zelda series is a great fit for a Musou styled game. However if you frequent game forums, you’ll be faced with plenty of threads which devolve into how terrible the game will be, because the Musou genre is unpopular in the West.

Does Musou really hurt Zelda though? The Zelda formula these days boils down to going from point A to point B, fighting a bunch of weak enemies with some annoying ones peppered in between, solving puzzles in a dungeon, finding a new item in said dungeon, and then battling a boss with the aid of the new found item. This cycle is repeated for each dungeon. There are side stories and occasional detours, but that’s the basic skeleton for A Link to the Past, Ocarina of Time, Twilight Princess, Wind Waker, and Skyward Sword.

Would a Musou game really change much of that? It removes some of the exploration’s depth, but the formula is the same. Instead of a handful of weak Chu and Tektite monsters, you fight hordes of weak enemies like Bokoblins. In place of the occasional annoying enemies you have officers of the rival army, which are noticeably beefier than their fodder friends. There are also area bosses, many of which are call backs to some of the most beloved bosses in the series, such as Argorok.

Thanks to the Nintendo Treehouse footage, we’ve seen that players will find items like the Hookshot throughout the battlefields and dungeons. Their use, in battle and to overcome obstacles, is similar to the canon Zelda series. Bombs are obviously back as well, and can still be use to find secrets by destroying boulders. A lot of the Zelda mechanics are still there, just covered in the over the top wrapping you’d expect from a Musou title.

There were some changes, but why even have a spinoff series if it’s just going to be more of the same? Does the crazy Musou combat really change Zelda’s core battle mechanics? Not really, most of those changes are simply cosmetic. No matter how many Stalchilds Link’s spin attack wipes out in one go, it’s not really any different than using the spin attack to take out two or three enemies in Wind Waker. A battle raging around you doesn’t mean that force feeding bombs to a Dodongo has changed much. You’ve just traded a sparsely inhabited, dungeon background for a hectic battlefield background, nothing more.

It’s nice to see that the Hyrule Warriors team is staying true to the franchise by including your typical Zelda tropes, but it’s also refreshing to see their new take on the series. How many times can you save a princess named Zelda?  Seeing Queen Zelda throw herself into the fray against the forces of darkness is something I really appreciate. Being able to assume control over many different characters from the Zelda universe is something myself and many others have wanted for a long time now.

Hyrule Warriors isn’t canon so it’s not going to mess with the classic Zelda story, and by the same token isn’t bound by those rules. This is a great thing, because where else am I going to see Midna teaming up with Ocarina of Time’s Great Fairy, to ground Twilit Dragon Argorok, by crashing the Majora’s Mask moon into his back? Not even bad internet fan fictions get to be so outlandish.

Maybe people should just calm down and not worry about how Koei Tecmo is “ruining” their favorite franchise. It’s a side story with a new paint job and crossover elements. The fact it’s a second party title means fans can’t even complain that it’s delaying the next true entry to the Zelda franchise. Just enjoy the game for what it is: A love letter to the Zelda universe from the guys behind the Warriors franchise.