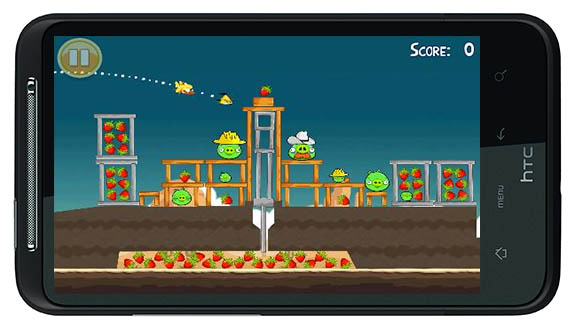 The next generation of consoles is out, and it’s not nearly as big or impressive as people thought it would be before release. The systems really benefiting the most are the handheld smartphones. They have a massive install base that’s well over a billion and growing, while becoming more powerful at a rate faster than consoles. Audiences are also varied, since everyone and their mother has a smart phone these days. This is the same wide appeal that made the Nintendo Wii the greatest selling console in history.

Unfortunately, the ideal for new games on these systems are fast, cheap, and simple titles that are addicting. These types of games are a massive step back from what traditional gamers want. Flappy Bird is a perfect example. It was a massive success, and utter garbage. Take a second and realize that a crappy smart phone download made from ripping off old Mario art is now more famous than Ico, a game that had groundbreaking visuals, level design, and innovation, a title that has influenced many major games released afterwards, and likely well into the future. Flappy Bird did this by appealing to the lowest common denominator.

Smart phone gaming uses principles that make gambling addictive to capture an audience. This is similar to the route that MMORPGs have taken. As new MMOs come out they focus more and more on fast, rewarding gameplay that’s less about skill level and more about grinding, gear checks, and time constraints. Very little is expected of you, other than you keep playing, and eventually “power creep” will allow you to push through, even if you are terrible. Simplicity and easily obtained rewards are the name of the game. Today, we’re hearing and seeing more about game addiction, mostly from MMOs. That’s because they’re developed to cause addiction, so you keep playing. It’s not as big a problem with mobile gaming though; One can simply take their smart phone with them wherever they go, so becoming addicted isn’t as restrictive as being bound at home to your PC.

It’s obvious that smart phones are quickly becoming the gaming platform of choice for most people. Japan has already been consumed by the mobile monster, as evidenced by the extremely poor home console sales in the historically important region. It’s a combination of simplicity and commonness that has made it so widely and socially acceptable.

I equate the rise of mobile gaming to the 2001 film “Evolution.”  At the start of the film, the alien life forms, are fairly simple, but almost overnight evolve into more complex organisms. In the film’s climax the army tries to kill the aliens, that evolve extremely rapidly with heat, by bombing them. The result is a gigantic, but simple, creature that runs amok.

Mobile gaming is the fire that will make game development rapidly shift to a more simplistic form. It is the step forward, a much larger audience, by taking a huge leap back, in design quality. Eventually that giant, simplistic audience will evolve and demand more from their games. When the mobile audience as a whole reaches the point today’s gaming community stands in their expectations of game quality, real gaming will become not only socially acceptable, but the most dominant form of entertainment in the world.