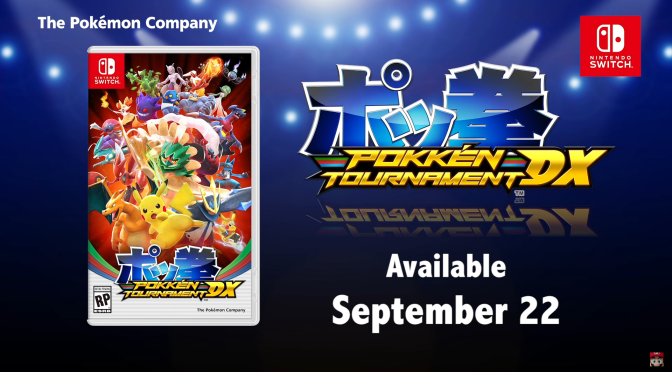 In the Pokemon Direct yesterday, Nintendo revealed a great game, Pokken Tournament DX, in the worst possible way. It wasn’t quite as bad as when Square Enix trolled all who attended the PlayStation Experience in 2014 with a PS4 port of FFVII, but I’d argue that it was worse than the Donkey Kong Country: Tropical Freeze fiasco: Donkey Kong was a far more popular game than Metroid (the game fans were hoping Retro was working on), but Pokken Tournament DX is a new spin-off that has nothing on the mainline Pokemon games. It certainly didn’t help that the Direct opened by amplifying fan expectations, saying they would announce the first Pokemon game for Nintendo Switch. END_OF_DOCUMENT_TOKEN_TO_BE_REPLACED

The new Pokkén Tournament DX was revealed just a few hours ago, and Serebii was on the case, posting 35 new screenshots of the updated release. The images show off a lot of what the game has to offer:  New fighters, new modes, and more. New playable Pokemon, such as Empoleon and Scizor. are the star of many of these pictures, as well as the the new 3v3 team match mode. END_OF_DOCUMENT_TOKEN_TO_BE_REPLACED

I’ve already written about Pokken Tournament for Game Zone, so I’ll keep this brief. Pokken Tournament is what the fighting game genre and community has needed for over a decade: A great entry point. END_OF_DOCUMENT_TOKEN_TO_BE_REPLACED