The tale of No Mans Sky and how it became one of the biggest cluster-messes in recent gaming history is a long and winding one. One that was alluded to in my previous article on the hacking of Hello Games email accounts. There is so much to the exact nature of this series of events however that could not have possibly been contained in that one short article. END_OF_DOCUMENT_TOKEN_TO_BE_REPLACED

Hello Games finally broke it’s silence today, though not in the way they might have liked: Earlier this morning a message went out via Hello Games Twitter feed saying that it’s most recent game No Mans Sky was a mistake. END_OF_DOCUMENT_TOKEN_TO_BE_REPLACED

No Man’s Sky became yet another game on the long list of games that over-promised and under-delivered. Features like interactions with other players were promised but not implemented in the game, so it’s no wonder that players were upset. Thankfully, companies such as Valve and Amazon were quick to offer refunds to those dissatisfied with the game. 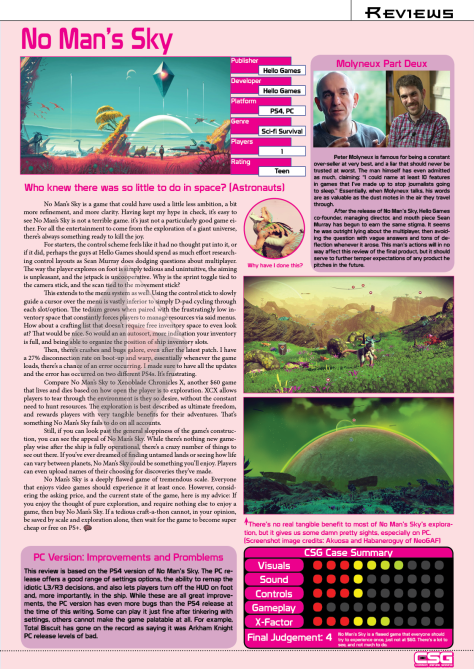 No Man’s Sky is being torn apart by angry fans all over the net, but it seems some writers and developers are coming to Sean Murray and Hello Games’ defense, with the usual argument of “entitled gamers.” I’d like to take an excerpt from one of these articles that I feel accurately portrays the general defense: END_OF_DOCUMENT_TOKEN_TO_BE_REPLACED