Yoshio Sakamoto and Mercury Steam share a historical quirk: Both infamously made the games they wanted to make, executing their goals to their own satisfaction, only for the negative fan reception to completely blindside them. Between them, they laid to rest the two series for which the Metroidvania genre is named.

Sakamoto helmed the poorly received Metroid: Other M , the infamous game that put Metroid on metaphorical rails and lead to the Metroid franchise going dormant. Yet in spite of its notably large flaws, it was clearly the game he wanted to make, going so far as to say he wouldn’t change anything about it. On the other end, Mercury Steam made Castlevania: Lords of Shadow 2, a competent game that developed smoothly and was what the team wanted to make, but lacked focus and wasn’t what fans expected. It was the last Castlevania game before the series also went dormant. Both titles also suffered from their release window being at the end of their respective platforms’ lifespans. However, Metroid Dread is a perfect confluence of events to create a new break out entry for the underappreciated legacy franchise.

END_OF_DOCUMENT_TOKEN_TO_BE_REPLACED 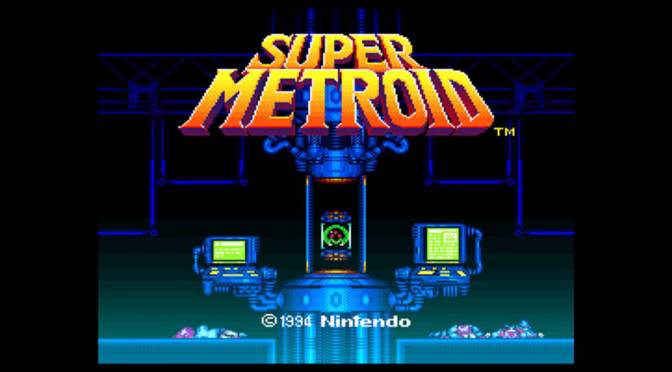 Now that Metroid: Samus Returns has been announced, I took the opportunity to correct one of my long standing mistakes. I’m ashamed to admit it, but until recently, I’d never finished a single classic Metroid game in my life. I was scared of Metroid as a child, the original Metroid II was impossible to find in my town by the time I had a Game Boy, and Super Metroid was too expensive to buy, but too open ended to complete as a rental (pre-internet). It wasn’t until Metroid Prime that I had maturity and money at the same time, and could indulge in a fresh Metroid experience. END_OF_DOCUMENT_TOKEN_TO_BE_REPLACED

In a post-Spotlight announcement, a possible refresh of the Gameboy Metroid game, Metroid 2 Samus Returns, was announced for Nintendo 3DS. Making it two Metroid games announced this E3 2017, with the announcement of Metroid Prime 4. END_OF_DOCUMENT_TOKEN_TO_BE_REPLACED

During their E3 Spotlight 2017, Nintendo presented a very small teaser for Metroid Prime 4. It was announced to be in development for Nintendo Switch, although not much more is known regarding this reveal. END_OF_DOCUMENT_TOKEN_TO_BE_REPLACED

Ever since the release of Metroid Prime, fans have been debating 2D vs 3D Metroid, and the conversation inevitably reemerges with each new rumor of Samus Aran’s next adventure.  It’s really a silly debate: The 3D Metroid Prime formula is the natural progression of the 2D Metroidvania, and is objectively superior to it. This does not mean that a 3D Metroid game is superior to a 2D Metroid by exclusive virtue of the fact it’s in 3D, it simply means that 3D Metroid has a higher ceiling. END_OF_DOCUMENT_TOKEN_TO_BE_REPLACED

Alexander Brandon’s revelation that he is working with Retro Studios has once again cranked the Metroid Prime rumors into overdrive.  Brandon has been a huge Metroid fan for a long time now, so it wouldn’t be a surprise if he were to jump at the chance to work on the latest installment. Is this proof of Metroid Prime 4? No, but it is the latest addition to a pool of circumstantial evidence that indicates a new Metroid is coming. END_OF_DOCUMENT_TOKEN_TO_BE_REPLACED