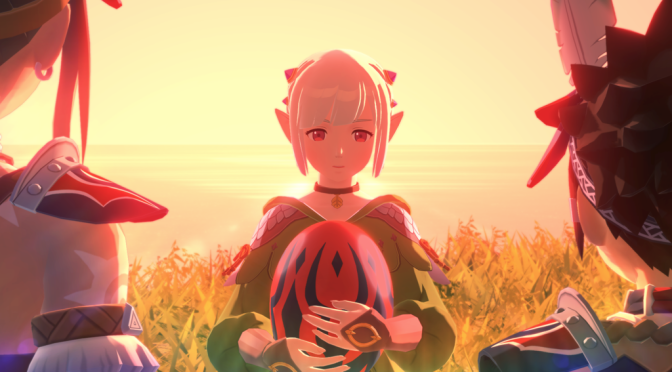 In 2017, Capcom released Monster Hunter Stories, a game that many overlooked due simply to the fact it was tied to the dying Nintendo 3DS in the Switch Era. It had its flaws, mostly due to a seemingly random combat system that punished players for not knowing very specific patterns, as well as the Monster customization options essentially being locked away until the end game. Let’s not even mention the terrible 3DS resolution. Despite this, Monster Hunter Stories was modern Capcom‘s respectable first stab at the Pokemon clone genre.

Fortunately, the lower than expected sales of this first entry didn’t doom the spin-off to oblivion. Some fine tuning of the combat mechanics, a slightly more matured story, a more palatable art direction, and some HD graphics slapped on to boot, and Capcom would have a Pokemon clone capable of generating decent sales. But they didn’t stop there…

(Disclosure: In order to be up front with readers, if you make a purchase through any links to Amazon from this site, CSG may receive a small commission.)

We’re currently in the middle of the return of “Capgod.” They didn’t half-heartedly pump out an updated sequel for a gross cash grab. Just as Capcom has revitalized Devil May Cry, Resident Evil, and the mainline Monster Hunter franchises through innovation and polish, not to mention actually listening to fan feedback, Monster Hunter Stories is getting its second chance. Instead of being treated as a throwaway spin-off, Capcom has been polishing away, polishing away, polishing away at Monster Hunter Stories 2: Wings of Ruin until it may have become a true gem. This isn’t a well made Pokemon clone, it’s the game Pokemon should have become.

Fans have long complained about the lack of quality art, half-assed animations, and generic character designs of Pokemon for years now. Instead of focusing on a mechanic and refining it into something fun going forward, Game Freak has been adding half-baked mechanics that are essentially unbalanced and left out of future installments. Mega-Evolution, Z-moves, Dynamax, etc. Instead of new mechanics being incorporated and refreshing the franchise, the games just languish in place. Each entry is just more of the same with new scenery, a handful of cool new Pokemon, a buttload of crappy Pokemon, and a glorified flavor of the week mechanic thrown in. Pokemon saw a massive sales boost due to Pokemon Sword and Shield being its first original 3D outing on consoles and being on the unbelievably popular Switch, but the mainline community’s gripes about stagnation have reached a fever pitch since its announcement.

From the demo, we can see Monster Hunter Stories 2: Wings of Ruin has built on its predecessor. There is no sense of desperation to fill the roster with soulless creations and literal garbage that just reek of formulaic banality. Instead of trying to shoehorn more of the franchise’s eponymous Monsters into the game’s playable Monstie roster, Capcom only took a significant chunk of them, then focused on making the smaller roster more individually appealing with high quality models and animations that capture the badass and goofy charm of the Monster Hunter franchise. This willingness to go with a “less is more” philosophy is why the enhanced combat, the prettier visuals (240p #NeverAgain), the awesome QoL features, and the perfect translation of mainline Monster Hunter mechanics into Turn-Based RPG mechanics are all such massive and significant iterative improvements over the first game.

2 thoughts on “Monster Hunter Stories 2: Wings of Ruin is what Pokemon should have been”