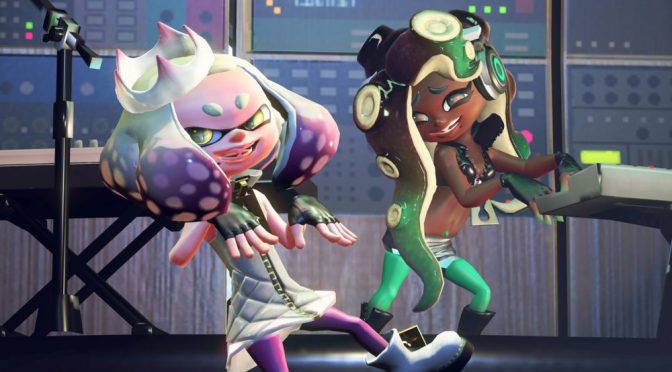 Nintendo has been killing it with their new characters and designs since the start of the Nintendo Switch Era. Their designs have always been consistently good, but in the past four months they’ve introduced no less than 15 characters that have gone over extremely well, with Minmin, Twintelle, and now Marina going viral. Of their long list of great new characters/designs, only Link and Zelda were characters that existed before the Nintendo Switch’s release.

What’s more, these characters haven’t all been taking the easy route to popularity: In today’s society, and  barring some egregious fan service, palette swapping a character’s skin a shade darker, or throwing in a vagina is enough to get a huge wave of initial support. Just look at Marvel’s “All New All Different” line, It had an initial rush of support from well-intentioned people, but has now died a pathetic death from a lack of support after those band-wagoners lost interest in the novelty. Unlike ANAD Marvel, Nintendo’s popular characters have more than an initial minority appeal to them, and range from male to female, light to dark, and human to anthropomorphic fish people. 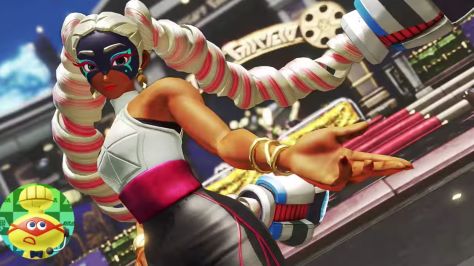 Even Biff is entranced by Twintelle’s stellar design.

The most recent examples, Twintelle and Marina, both fall under the labels of dark and female, but Nintendo cut no corners here: They each have aspects that go beyond melanin levels and the lack of a Y-chromosome.

ARMS does a great job of incorporating each character’s profession into their design. Twintelle is a movie star, she carries herself with an air of glamour that radiates from every move. Her ability to slow time is a nod to the movie magic of overcranking, which caused things to move in slow motion on the screen. To top it all off, she has a body reminiscent of the Hollywood beauty standards of Marilyn Monroe’s time, with her hourglass curves, the curly hair, exposed arms and back, big earrings, and makeup. Nintendo did their research with all of the ARMS cast, but Twintelle stands out, because it’s actually her job to do so.

Splatoon 2’s Marina is one half of the duo Off the Hook, which is supposed to represent the shift in taste between generations, so they’re drastically different from their pop idol predecessors, the Squid Sisters. They’re essentially Destiny’s Child, and Marina’s the Beyonce, to the Squid Sisters’ pre-crisis Britney, seen in the more revealing clothes and dance/hiphop style, where Marina uses a turntable and mixing station. Once the Squid Sisters had their own crisis, Marina’s group stepped up, and a minority (Octoling in Marina’s case) became the queen of inkling pop culture. She’s extremely talented, popular, and given the ongoing rivalry with the octolings, her position in squid culture is a giant, interesting question mark.

Both characters are new, interesting, and make fans want more information about them, something I’m sure Nintendo will provide through their new love of lore and ongoing updates. 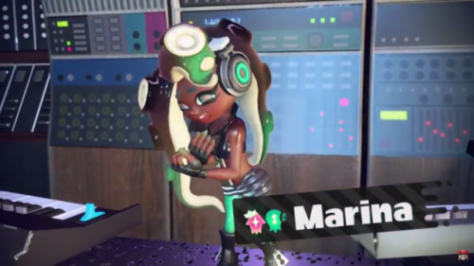 Take some notes Marvel, Nintendo is showing you how to diversify your roster the right way..

Breath of the Wild’s Link is inherently more interesting than any other, as he’s not some child that woke up one day and was chosen to fight great evil. While not the traditional, stereotypically rugged video game protagonist we see in most of today’s bigger games, Breath of the Wild’s Link is extremely strong, capable of murdering an entire army with just a sword. Champion Link’s not some scrub that wrestled with goats, he’s THE elite knight of Hyrule, tasked with protecting the most important person in all of the world: Princess Zelda. Yet, we first meet him after he got wrecked and Hyrule fell to ruin. He’s a silent warrior that’s bearing the fate of the world on his shoulders, but still has the compassion to help total strangers with odd tasks and can hum a happy little tune while cooking.

Hell, Breath of the Wild is a treasure trove of great characters and designs. Princess Zelda has mostly ditched the dress for her curve-hugging leggings, and she’s now the preeminent scholar of Hyrule, a distinction she earned through her own hard work. She also singlehandedly stopped Ganon for 100 years. Prince Sidon is the most supportive man to ever grace a video game, remains cool as hell throughout every encounter with him, and he’s part shark. Don’t even get me started on the super confident Urbosa, or her entire race of atypical, hyper-sexy warrior women that hit me square in my aesthetic sensibilities like the fist of an angry god. There’s something for everyone, except the haters, in Breath of the Wild.

Nintendo isn’t the only developer capable of making great characters, but they are (currently) the most prolific. [Source]

I’m not saying that other developers can’t make stylish, visually appealing, or otherwise awesome characters. Nier Automata and Persona 5 are proof enough that they can. I’m saying that Nintendo has top tier characters, incredible consistency, and are now releasing their creations at a surprising pace.

When it comes to making awesome new characters, Nintendo is currently at the top of their, and the industry’s, game.