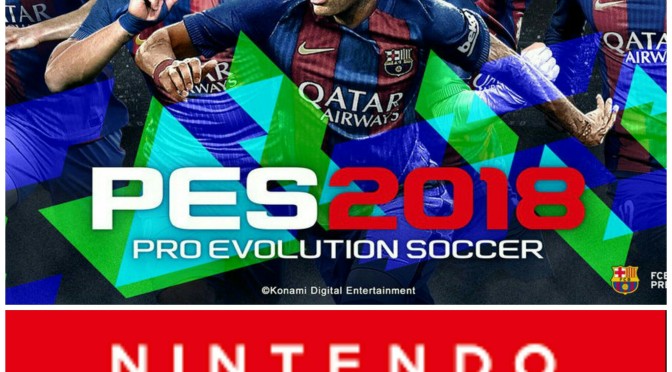 While soccer fans may be excited about FIFA 18 coming to the Switch, that’s all they’ll be getting, at least for now. Eurogamer has reported that Konami Global Product and Brand Manager Adam Bhatti confirmed that PES 2018 will not be coming to the Nintendo Switch, but they are open to bringing future games to the console:

“One thing that I will say about the Switch is, we’re getting asked that quite a lot. The fact is, we’ve announced all the platforms that PES 2018 is coming to. But as I’ve been saying to a lot of people, we have a great relationship with Nintendo – we’ve obviously brought out Bomberman which has done fantastic for the Switch. So as a company it’s a platform that we’re looking at, for sure. So for PES it’s just – we never want to say no, we never want to close the door. Let’s see how it goes. Personally speaking, I love the machine. We think it’s definitely performed amazingly well. And we really hope that it continues to do very well.”

This type of “wait and see” approach has been seen recently regarding the Switch. In fact, FIFA 18’s port over to the console is sort of a test run for EA, and if it does well they’ll consider bringing more games over. With another company now taking up this strategy, it seems like Nintendo has to sell every third party developer title well or risk losing their business.

2 thoughts on “Konami Exec: PES 2018 not coming to Nintendo Switch”