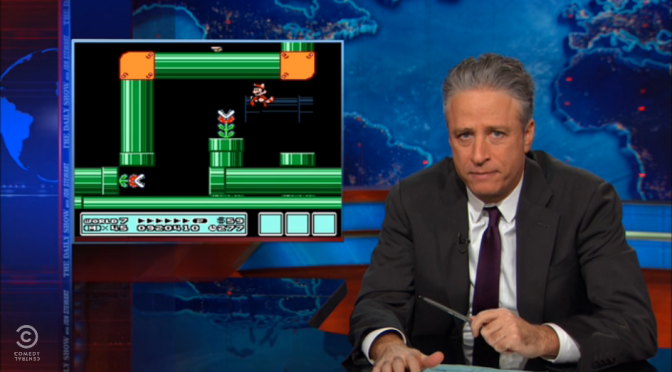 I’ve tried very hard to remove politics from CSG, as I want to cover games. They’re the world’s greatest entertainment medium, and our favorite form of escapism from our less-than-perfect, or monotonous lives. Nintendo has the right of it: In a recent interview Nintendo’s Reggie Fils-aime said that “Making political statements are for other people to do. We want people to smile and have fun when they play our games.”

That’s the smart position to take. The average person just wants to relax, escape the stresses and strains of their own daily life, and have some fun. Nobody wants to have terrible crap thrown in their faces all day, that’s what the news and social media are for, As a business, injecting political statements into unrelated entertainment is a good way to handicap your audience. If you don’t believe me, just look at forms of entertainment media that suffered from overt political statements.

The NFL underwent a major ratings slump, thanks in no small part to Colin Kaepernicks’s kneeling during the national anthem. ESPN began politicizing its commentary more than usual after the event, and now their ratings have tanked as well. In case some readers were wondering if sports media ratings were universally on the decline, competing platforms NBCSN and Fox Sports both saw a double digit increase in ratings over the same time period, presumably because they stuck to sports. 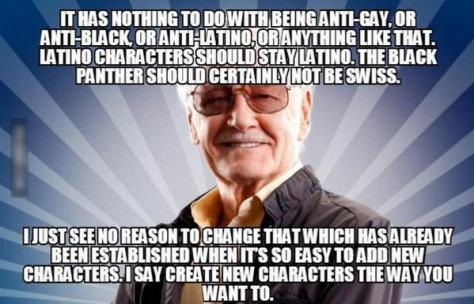 Don’t forget Marvel’s politicized comic books. They started “diversifying” their roster by taking classic characters/roles and changing their races and genders, instead of creating compelling new characters. They even turned Captain America, a ubiquitous symbol of America’s best traits and willingness to fight for freedom, into an agent of Hydra (Marvel’s knockoff-Nazis). Sales saw an initial jump in a wave of enthusiasm, then promptly fell into the toilet, to the point that many of their comics are near or below the usual sales cancellation threshold. DC comics started in the same direction, but then returned to the status quo. The result? DC was smashing Marvel in sales of their core franchises.

We’ve all heard enough about Mass Effect Andromeda’s woes, and it’s not fair to attribute its failure to the political statements made by its developers, as the entire game was a string of failures. However, there are plenty of instances where developers, usually indie, forget that at least half of their potential audience is going to disagree with their politics, and insulting them for doing so will just result in less sales for their games. When trying to entertain people for a living, it’s best to avoid politics altogether.

On top of being smart, Nintendo’s position seemed to be a harmless one, especially considering their family friendly image. However, one should never underestimate the stupidity of people on the internet: There are groups trying to push pedophilia as an acceptable sexual orientation. On social media, we now have to say “real Nazis” to distinguish them from people we simply disagree with. People use “normative” as a pejorative suffix, unaware of what norms are or how they help a society function. Considering all of that, why should we be surprised when there are some people that take to social media and forums to complain about Nintendo’s commitment to peaceful, apolitical neutrality in their core games? 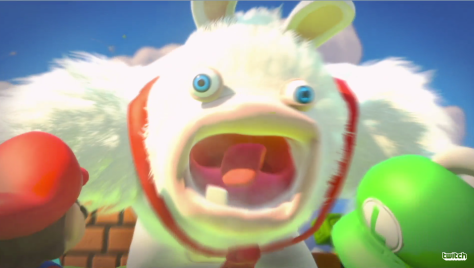 I SAID EVERYTHING IS POLITICAL!

Invariably these people will say “Everything is political,” in much the same way a college art student half-as*edly limps to to a D- on a paper about art by declaring “Everything is art.” A bear sh*tting in the woods isn’t political, and neither is Mario running through 1-1 to save Peach. Individuals can project what they want onto anything they want, but it doesn’t change the creators intent. I know it’s popular to say that a creator’s intent doesn’t matter, but that line of thought is a sickness of the mind: Intent is everything.

Games are meant to bring people enjoyment. They can even bring us together, be it in a cooperative or competitive nature. In much the same way team sports were before, video games are the greatest uniting force of the modern age. All too often, they strive to accomplish the complete opposite of what politics achieve. Good on Nintendo for keeping politics out of their games.

Now, like Nintendo, I wish to return to my politics-free posting.