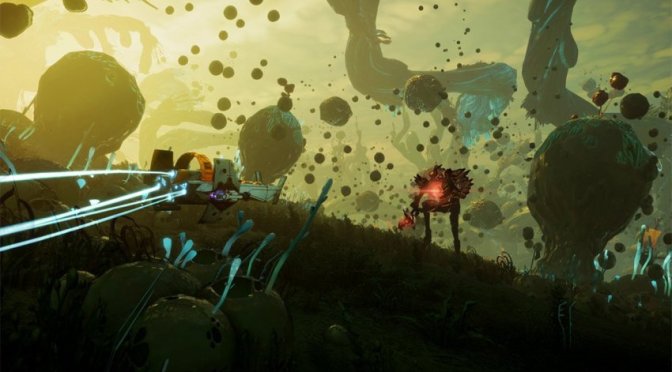 Rumors had been going around that Ubisoft had a new game set in space, and while that could describe two of their games, Starlink: Battle for Atlas seems to fit the bill as a new IP.  The game was immediately notable for two features: The trailer clearly illustrated it was a new toys-to-life game, and that it would be coming to Nintendo Switch.

Players will fight the Legion, super creative, faceless evil entities, by piloting a highly customizable spacecraft into battle. Players will attach a physical figurine to their controller, and attach new weapons to it in real life to alter its in game loadout on the fly. It certainly looks interesting, but its success will depend on how necessary the toys will be, and more importantly, how much they’ll cost. Depending on how it’s handled, Starlink could be the next big toys-to-life venture.

Starlink: Battle for Atlas is slated for a Fall 2018 release, on PS4, XB1, and Nintendo Switch