Reggie Fils-Aime joined Geoff Keighley earlier today to battle it out in ARMS and talk about tomorrow’s Nintendo E3 Spotlight. Continuing their tradition of recent years, Nintendo will live-stream pre-prepared footage revealing their upcoming projects and showcasing gameplay from their future library.

Fil-Amie quelled recent fears of a short Spotlight video– it was recently leaked that it’s only about 25 minutes– and while he confirmed the video would be under a half hour, he described it as “just the beginning,” and confirmed they have various activities planned all week long highlighting various games, including their three planned tournaments.

The Spotlight will feature reveals, first looks, and Fils-Aime confirmed Super Mario Odyssey will be a big part of the video. Although it is only 25 minutes, it’s “fast and to the point” and it will transition straight into the Nintendo Treehouse Live, which will feature more breaking news and reveals. He promised a “continuous flow of information” coming from Nintendo over the course of the week.

Fils-Amie said that Nintendo is looking to drive forward off the momentum of the Switch (being Nintendo’s fastest selling console). He lauded how well it has sold after only three months, combined with the success of “one of the best games of all time in Breath of the Wild,” and Mario Kart Deluxe 8 being the best selling single SKU in May. He also stated they have a lot in store for the 3DS.

Speaking on ARMS, Fils-Aime highlighted its precise movements, fun character design, and the fantastic reaction to Test Punch Global. ARMS is only “one of many,” however, as Nintendo has reveals and gameplay coming out of Splatoon 2, Pokken Tournament DX, “all the other announcements, and lots of tricks up our sleeves.” 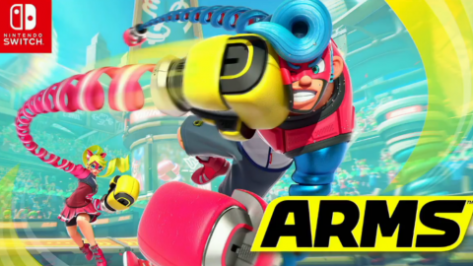 You can watch the full interview complete with ARMS gameplay here.

Follow along Nintendo’s E3 on e3.nintendo.com. The Nintendo Spotlight kicks off tomorrow morning, June 12th, at 9 AM PST.

One thought on “Reggie Fils-Aime: Nintendo E3 Spotlight Will Be “Fast and to the point””