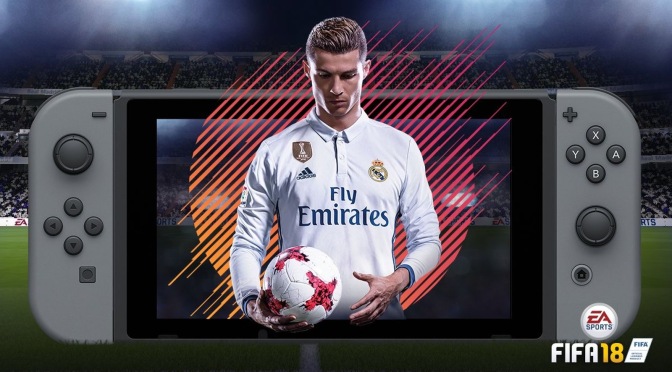 First revealed last night in the wake of EA’s E3 2017 press conference, a reporter from Eurogamer had a chance to get some hands-on time with the Nintendo Switch version of the upcoming FIFA 18. To everyone’s surprise, it’s actually a legitimate attempt from EA, and not the halfhearted port of the PS3 version virtually everyone expected.

Built from the ground up at EA’s Bucharest studio, FIFA 18 on the Switch has moved away from the console versions’ Frostbite engine, instead opting for a completely homegrown engine to suit the hardware. Boasting  a 60 FPS , physically based rendering, and still possessing most of the functionality of the main releases, it looks to be a formidable addition to EA Sports’ mainstay franchise. It’s already the best portable version of FIFA ever made, but it’s also no slouch in console mode either, being between the PS3 and PS4.

The only real differences seem to be a slight decrease in graphical prowess, a lack of the Journey (due to its being powered by Frostbite) and some other minor in-game effects, like crowd celebrations and atmosphere effects. However, you can manage your Ultimate Team squads and buy packs on the go, wherever you might find a WiFi hotspot.

Check out more details in the first impressions article & interview with the EA Bucharest producer, Andrei Lazaresco, here. Let us know what you think of FIFA coming to the Nintendo Switch in the comments selection below.