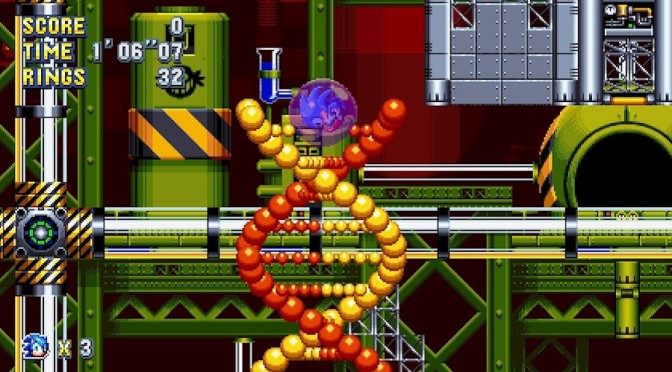 Sonic Mania is the upcoming 2D Sonic game that everyone loves to love. It’s being made for fans by fans, and is a mixture of remixed classic stages and brand new zones. For those of you too young to remember Sonic 2’s greatness, Chemical Plant Zone is of the former.

Christian Whitehead and crew have been killing it as far as fans are concerned, and the changes to Chemical Plant Zone as receiving near universal praise already. This is great for Sonic Mania, because from what we’ve seen so far, Chemical Plant Zone is the most heavily altered of the classic stages shown so far. It feels new while being familiar, and it certainly fits the classic Sonic feel.

Sonic Mania releases worldwide on August 15, 2017, for PS4, XB1, PC, and Nintendo Switch. It and the limited collectors edition, are available for pre-order now.

What do you think of the changes made to the classic Chemical Plant Zone? Do such changes enhance or detract from your excitement about classic stages in Sonic Mania? Let us know in the comments section below.