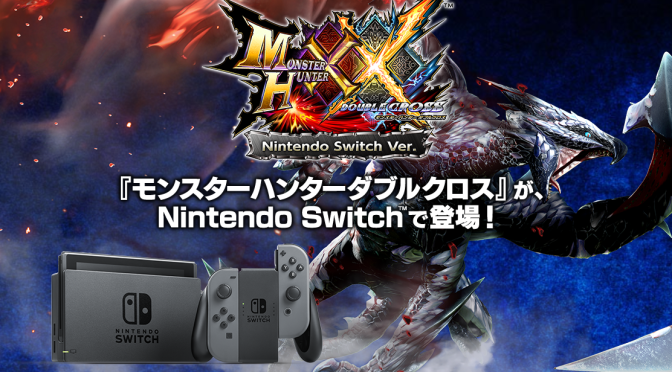 Capcom has officially confirmed Monster Hunter XX is coming to the Nintendo Switch, mere hours after the Capcom CEO’s most recent interview was taken horribly out of context due to a shoddy translation. While the source is in Japanese, the Switch confirmation is in English. Currently there’s no other information, as Capcom is saving the details for the Monster Hunter Championship livestream.

The stream will be in Japanese, but if that isn’t a problem, it can be watched here. It’s nice to see a confirmation, but I wouldn’t hold my breath for a Western release date just yet, that information is likely to be saved as an E3 announcement.

We knew it was coming, but it’s a happy coincidence that this information comes right after our last article called Capcom out for its awful pricing of Ultra Street Fighter 2: The Final Challengers, and said Monster Hunter will come to the Switch as soon as possible.

2 thoughts on “It begins: Monster Hunter XX is coming to Nintendo Switch”