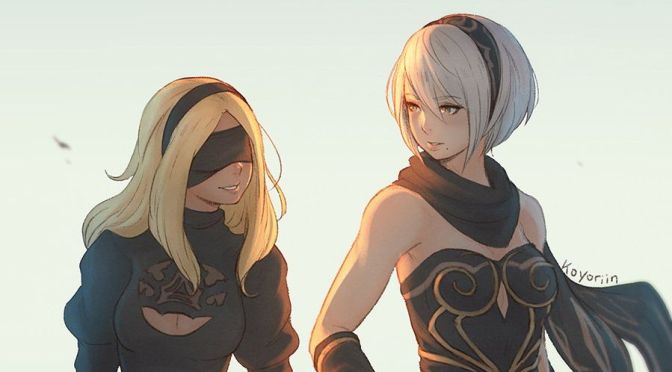 The first four months of 2017 have been one continuous beating to gamers’ wallets. Resident Evil 7, Yakuza 0, Nioh, Horizon Zero Dawn, The Legend of Zelda: Breath of the Wild, Nier: Automata, Persona 5, and Mario Kart 8 Deluxe are roughly half a grand worth of video games I’d consider must play titles. While this has been the start of gaming’s new 1998, widely regarded as the best year in gaming history, it’s easy for deserving games to fall between the cracks.

The original Gravity Rush was a niche darling that was doomed to a life of relative obscurity on the PS Vita, with physical releases in North America gated behind Amazon exclusivity, while the rest of the West was stuck with digital only on a platform that used ridiculously expensive proprietary memory cards. It was arguably the best new IP on the platform, with a unique take on the idea of super heroes and “flying.” The sarcastic quotes are there because main protagonist Kat doesn’t actually fly, she shifts gravity and falls in any direction the player desires. 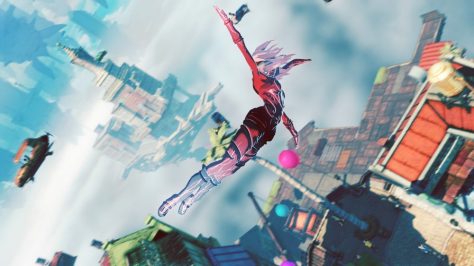 Gravity Rush was a simple, fun romp through a stylish world, but it suffered from a story that just sort of ended. None of the world’s mysteries were solved, and it felt like nothing was accomplished. I can’t think of anything worse than enjoying a niche game that may never get a sequel, only for it to end on a sequel hook and tons of questions. If I hadn’t experienced the game for the first time via the PS4 HD port, with the knowledge that a sequel was definitely on the way, that ending would have been a bitter draught to swallow.

Gravity Rush 2 came out in January. The new powers were great, the villains were more interesting, and it was a more enjoyable experience than the enhanced port of the original, but it still had its problems. The open area traversal was deeply satisfying, but the narrow spaces were a nightmare, thanks to the same finicky camera as the original. The novelty of being a super hero that uses her power to help the everyday citizens, between major clashes with governmental forces and the Nevi, eventually fades and all of the side quests run together. Gravity Rush 2 felt like it was a 9/10 game that slipped down to 8/10 as time went on.

When I got to the post-credits epilogue chapter, I sat Gravity Rush 2 down to enjoy Nioh, and promptly forgot it existed: I love Dark Souls. I love character action games. Nioh is a fusion of the two. Forgive me Kat, I couldn’t resist the temptation of Weeb Souls!

By the time I had finished destroying the demons of Warring States era Japan, farming up some of the best Divine gear in the game, and completing most of the challenges, Horizon Zero Dawn had released. I’ll say this much for Gravity Rush 2: I may have forgotten it existed before I completed the epilogue, but at least it wasn’t unceremoniously dumped in the middle of its campaign like HZD was in favor of The Legend of Zelda: Breath of the Wild. 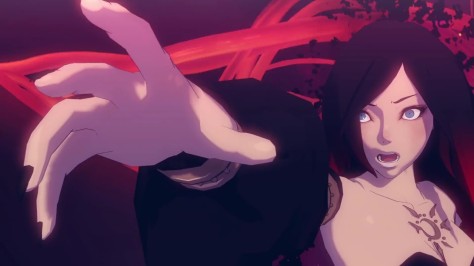 Even Breath of the Wild got put on hold for Nier Automata though. After beating Nier and putting well over a hundred hours into Breath of the Wild, it was brought to my attention that there was a free Gravity Rush 2 DLC scenario starring Raven! I’d get right to it…after Episode Gladiolus. Except…Why are the Final Fantasy XV and Dark Souls 3 DLCs releasing on the same day!?

Once I finished helping Gladibrolus on his quest, and trudged through the worst piece of Souls content ever made, I figured I’d just wrap up Breath of the Wild’s story and move on to finally finishing the remaining Gravity Rush 2 scenarios. Unfortunately for my plans, by the time I found my way out of Hyrule, Persona 5 had dropped. It has already taken 90 hours of my life, and I’ve only just reached October.

I won’t pretend that I’m going to touch Gravity Rush 2 in April, not with Mario Kart 8 Deluxe releasing next week, but I’m not giving up on the game. Especially not after the announcement of the Nier: Automata costumes. 2B is one of the best, most interesting characters to come out of gaming in a long time, and I hope some of the magic that saved the Nier franchise rubs off on Kat. 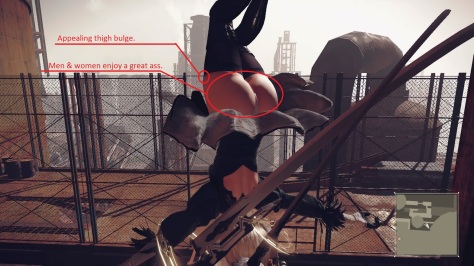 There are two factors above all others that contributed to Nier Automata’s greatness. The first is the mind of Yoko Taro. The second is a concept much easier to grasp, and learn from: Sex appeal. 2B has sex appeal for days, and the controversy surrounding her photoshopped asshole (NSFW) and a grown man liking women only served to increase the game’s visibility.

Gravity Rush 2 may have been buried beneath a torrential stream of unusually strong games, but I still love the series. I want to see it become one of the big names. The core concept of Gravity Rush is great, the characters are still interesting, and the powers are fun to use, but the franchise is sorely lacking in visibility and buzz. Perhaps 2B’s “butt power” can be harnessed to turn Gravity Rush 3 into a Nier: Automata-like success? 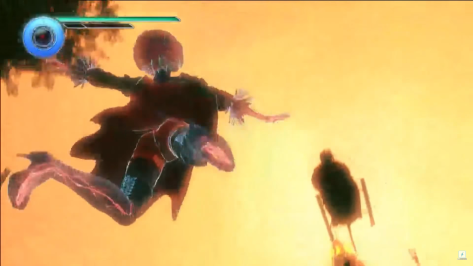 Well alright then, looks like Team Gravity is learning…

(This article’s featured image was created by Koyorin. If you want to show some support for Koyorin, feel free to visit their Patreon.)

That was a swell article, wasn’t it? Normally I hate shilling, but I really love Gravity Rush 2, and I really, really love Nier: Automata, so I will gladly shill them both. If you go to the following links and make a purchase, I will be given a small commission. Again, I will get paid if you buy these games from the following links, but I do want to make it clear that you should buy these fucking games, because they’re amazing and I love them, and they need to do as awesome as possible so I get more of them in the future. I would shill these games without getting paid to do it, but why not get paid to do something I love?

Gravity Rush 2 – This game was a treat. If this were a normal year, it would still be in my top five games of 2017. Sadly, it had some tough competition and fell through the cracks. Also, Dusty is the best cat in gaming.

3 thoughts on “Gravity Rush 2: A forgotten gem, and what it could learn from Nier: Automata”