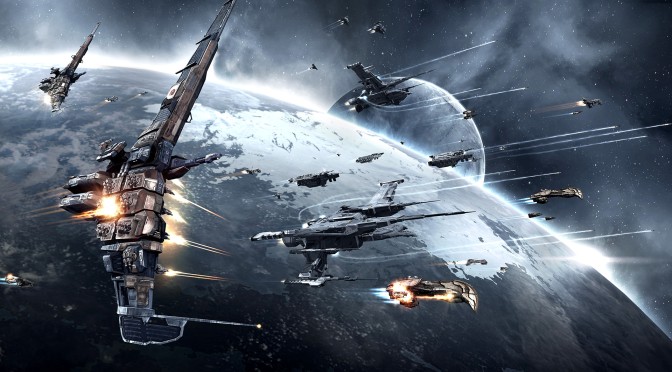 One of the more immersive, time consuming and ruthless MMOs on the market is EVE Online. Currently in its thirteenth year of operation, it has maintained a subscription model since its inception, putting it in pretty elite company along with World of Warcraft in terms of modern MMOs that have been able to sustain a subscription model for any significant period of time.

That seems to be slowly coming to an end as developers CCP Games have announced that a Free-to-Play Option will be made available starting November 15th. The alternative option is part of an update that will divide the EVE playerbase into two “Clone States” (Alpha and Omega). Omega Clones are the subscribed members who have the full content of the game available, while Alpha Clones are Free-to-Play members who are restricted from owning certain ships or training certain skills (based on their chosen race).

The obvious benefit is that more gamers will have the opportunity to experience the vast universe of EVE. While 14-day trials were readily available in the past, anyone who has played EVE will know that 14 days is insufficient to truly make your mark on the universe. Additionally, Alpha Clones will still be able to earn in-game currency (ISK) which can purchase PLEX (Pilot License Extension), which is worth a month’s subscription. So Alpha Clones have the ability to become Omega Clones and unlock the rest of the games features (though earning that amount of ISK is no small task).

This move is no doubt a result of a declining player base. Although the game reached 500,000 subscribers in February 2013, it is believed that EVE Online has faced a steady decline in company revenues since then.

Anyone who has made it this far without diving in to the world of EVE Online shouldn’t take possible declining numbers as a decline in quality, but rather a change in the habits of gamers as we have seen a mass exodus away from subscription based models (World of Warcraft dropped from 12 million to 5.5 million prior to the well-received release of Legion).