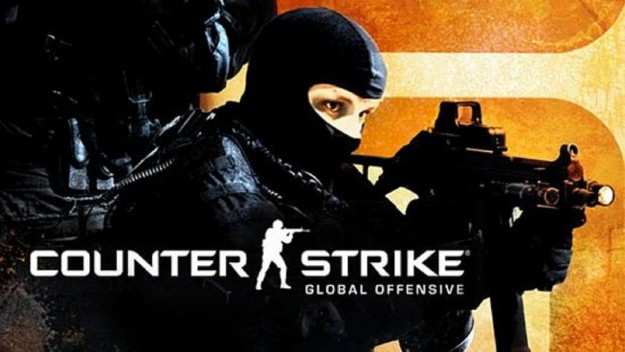 Valve has declared that they are under no legal obligation to regulate or police online gambling of weapons skins from Counter-Strike: Global Offensive. Though the tech company has stated that they are open to working with the Washington State Gambling Commission to address concerns over the unregulated gambling of weapons skins, they have no intention of putting an end to their skin trading system.
Back in the far distant past of 2013, Valve made the choice to add random weapons skins rewards for players in Counter-Strike: Global Offensive. Ostensibly, the idea was that players would trade these among themselves and it would help bolster and strengthen the online Steam community. As with any such thing, when placed in the competitive gaming environment, the rarer skins soon became seen as trophies and marks of achievement by some of the more expert players. As it did with MMO’s like World of Warcraft, a real world market cropped up where the in-game items were traded and sold, with some skins selling for thousands of American dollars. Whole websites began to pop up devoted to the buying and selling of these skins, largely as a way to get around the monetary transaction limits of the Steam marketplace.

The addition of the skins certainly strengthened the community and created a great influx of players to the game as Valve had intended. What was not intended however was the emergent culture around gambling for the prized skins. Many sites now allow for skins to be gambled between players based on the outcomes of various esports. Though not technically illegal by most US laws, since no real world money or property is actually changing hands, estimates say that last year over $2.3 billion dollars in skins were gambled on these sites, with $7.4 billion estimated this year. If unchecked it is projected that the number will far exceed $20 billion dollars by 2020.

In early February the Washington State Gambling Commission began a deep look into the issue of skin gambling and a few days ago came to the conclusion that Valve must stop the trading of skins or face possible legal and civil actions.

In their press release the Commission had this to say.

“In Washington, and everywhere else in the United States, skins betting on esports remains a large, unregulated black market for gambling. And that carries great risk for the players who remain wholly unprotected in an unregulated environment. We are also required to pay attention to and investigate the risk of underage gambling which is especially heightened in the esports  world. It is our sincere hope that Valve will not only comply but also take proactive steps to work with the Commission on future measures that will benefit the public and protect consumers.”

In a reply sent to the Commissions Director, David Trujillo yesterday and released to TechRaptor, Valve refuted the Commissions claims that the company has any legal responsibility for what others are doing with their service. Pointing out that the Steam service and skin trading setup is extremely beneficial to their customers and that the Commission has not cited any actual law that they have broken or are in danger of violating. Additionally, Valve questioned exactly how the Commission expects them to police such a thing in the first place.

“The Commission’s letter publicly threatens Valve with criminal prosecution for gambling on third party sites, “We do not understand the legal or factual reasoning supporting this position, from the Commission’s letter or from our conversations with the Commission. We are also unsure of how you propose we do this. If there is a specific criminal statute or regulation you beleive Valve is violating please provide a citation. We are not aware of any such law that Steam or our games are violating.”

The Commissions main argument seemed to be “Valve could stop this, so it should”.

“We do not want to turn off the Steam services, described above, that skin gambling sites have taken advantage of.In-game items, Steam trading, and OpenID have substantial benefits for Steam customers and Steam game-making partners. We do not believe it is the Commission’s intention, nor is it within the Commission’s authority, to turn off lawful commercial and communication services that are not directed to gambling in Washington.”

Valve states in their letter that they are entirely open to working with the Commission on helping to deal with the growing problems caused by the fully unregulated nature of skin gambling. The owner of a large online skin selling site  has said that he has had to call countless parents of young kids to tell them that their child had been using their credit card to purchase skins. In some cases underage kids have been shown to lose hundreds or even thousands of dollars from betting on these sites. Other problems becoming more and more commonplace are match fixing, malware which steals the items wagered, and many issues regarding transparency and promotional ethics.

How the Gambling Commission will respond to Valves declarations of inculpability remains to be seen.