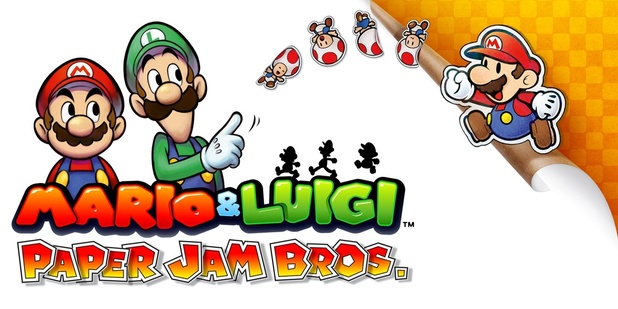 Since my last post, people have started paying me to write for their small-medium sized web sites. It has been fun, but at times there just hasn’t been money in what I want to talk about. Apparently SRPGs and rants about “Holy shit, upgrade your Stamina first in every Souls game!” aren’t exactly money makers. Who knew?

With that in mind, I’ve decided to return and use this site to keep a running tally of new games I play this year, my thoughts on them, how they fall on the spectrum of awesome, as well as other things that just aren’t popular enough for someone to buy articles on.

Today’s post is going to be a bit abbreviated, as the first game I played this year was Mario and Luigi: Paper Jam, which I did a review of over at Game Zone.

If you wanted a great story there’s nothing Paper Jam really has to offer you, but if you came for the great combat system, and quirky humor, then you won’t be disappointed with this game. AlphaDream took their rock solid combat system and made it even better than all previous entries. I cannot stress enough how much I enjoyed the combat system of this game and the way it combines stats and skills in a manner that allows players to choose their approach to battles. It’s neck and neck with Xenoblade Chronicles for my favorite combat in any RPG ever.

I gladly give Mario and Luigi: Paper Jam my Seal of Awesome Approval.

Games in Blue have received the Seal of Awesome Approval.

Games in Red have received the Seal of Dour Disapproval.